Once upon a time there was a young girl growing up in an old, small town.  She had long, straight chocolate colored hair and deep brown eyes.  Her oval face held a blank expression most times, as she was the type to watch and listen more than express what she was thinking or feeling.

One autumn day this young girl arrived at school.  She loved her school-it was clean, quiet, and full of places to play.  She loved her teachers, and was a quiet and obedient student.  Unlike most kids her age, what she enjoyed most about school was reading.  She was happiest when she was working alone in her books, learning about new people and places and things.  Also unlike most kids her age, what she disliked most about school was PE.  It wasn’t that she disliked exercise-actually, she loved playing softball, hopscotch and four square.  For her, PE was terrifying for one reason: DODGE BALL.

In her little old town dodge ball was the favored sport for PE class.  Students begged and pleaded each day to play dodge ball during their treasured exercise time.  And as convincing as the students were, the teacher almost always agreed. Dodge ball it would be.

From beginning to end, dodge ball was excruciating.  The two manly boys who were always captains lined the other children up to select teams.  First chosen were always the other ‘sports boys’.  Next came the ‘tom boys’, and then the cute, outgoing girls.  Last was always the oval faced, brown eyed girl.

After that exercise in taxonomy, the game began.  Circling around their prey, the ‘sports boys’ would throw the ball at each other, eager to show off their quick reflexes and agility.  The prey would scurry from one side to the next, not wanting to be hit yet not quite wanting to back down, either.  Then the ‘tom boys’ jumped in, dodging with grace and flexibility.  The cute, outgoing girls giggled, admiring the prowess of the young, manly hunters.

The young girl trembled, knowing it was just a matter of time before she became the victim.  Eyes wide, she tried to avoid the flaming red sphere, but every time SPLAT! she took it in the stomach. On the back.  At the ankles.  Tears welled up in her big, dirt colored eyes.

Not sure which was more painful, the sting of the ball or the burn of the humiliation, she attempted to survive.  The predators became more confident.  The giggling girls pumped their testosterone.  SLAP!  TWANG! Over and over the ball would smash the young girl down, the laughter of her classmates growing louder and louder and LOUDER.  Paralyzed with pain and fear and humiliation she froze, absorbing one sting after another after another.

And in that moment, relived thirty-five years over and over, she realized something.  The young chocolate haired, dirt eyed oval faced girl learned that she owed her classmates a thank you.  For what she realized is that those ‘sports boys’ and ‘tom boys’ and laughing spectators had taught her a very important lesson: dodge ball is the way the world works.

And in that moment, decades later, she realized that like dodge ball, it’s easy to run away from what’s coming at you.  She realized that it’s painless to punch someone in the gut, slap them on the back, ding them at the ankles and go back for more.  Because of dodge ball, she learned that it’s hard to stand strong, take the hit, stay upright, and confront each obstacle hurled by others.  She understood that life really is about survival of the fittest.  And because of dodge ball, she survived and lived happily ever after. 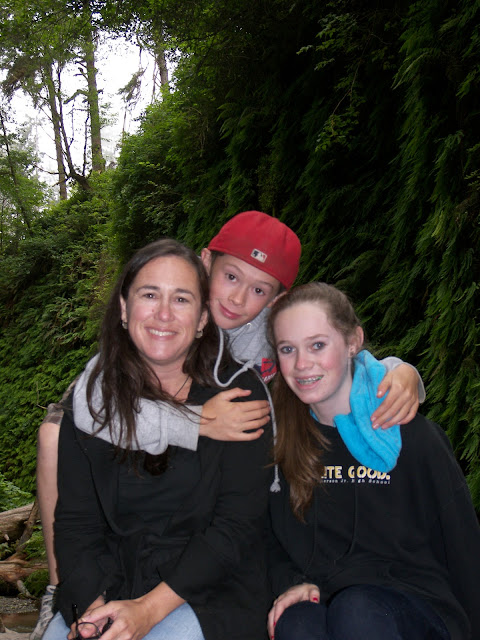 The House of Learning
Cendekia Serpong School: A Lesson in Gift Giving
World AIDS Day - What Teachers Can Do NOW