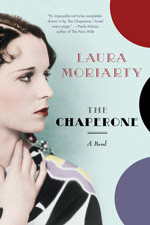 Dynamic characters, symbolism, historical fiction and gender expectations in the 1920s are just some of the intriguing aspects of The Chaperone by Laura Moriarty.  The author scores high with her effort inspired by the real life story of Louise Brooks, an up and coming silent movie star of the 20s, and Cora Carlisle, a thirty-six year old Kansas housewife and mother. 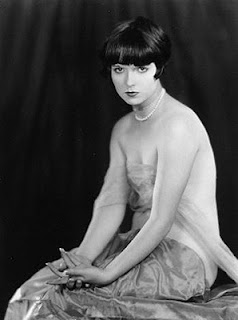 The Chaperone introduces us to Cora, a married mother of two sons, looking for a way to return some spark to her otherwise staid existence.  When given the opportunity to chaperone Louise, a sultry, precocious teen bound for stardom, she eagerly accepts and travels to .

As the story unfolds, we see a fictionalized attempt at explaining gender roles of the 1920s – Louise is the antithesis of Cora, neither one able to understand the actions of the other.  Cora’s determination to keep Louise’s reputation intact serves as a plot vehicle for both of their character development and eventual understanding of themselves as women.  The symbolism of Cora’s corset as tight and restrictive exemplifies the glorious difference between the confines Cora feels are appropriate for women, and the desire Louise feels to be free.
The introduction of very different male characters-Cora’s husband Alan and her friend Joseph, provide the opportunity to explore the roles that confine men as well.  Sexual orientation, race and social class highlight the struggles of the opposite sex.
One of my favorite scenes takes place in a theater, when Cora is tricked by Louise into attending a production completely produced and starring only black actors and musicians.  This serves not only as a source of historical background, but also as a turning point for Cora as she begins to unwind the ties that bind her to her past.
The Chaperone, by Laura Moriarty, is an intriguing read.  Well crafted with an interesting plot, dynamic character development and full of glimpses into history of the 1920s, the author gives us a book that will satisfy the reader on many levels.

With gratitude to Penguin and Riverhead Books for the review copy.

Truth, Love and Despair
How You Made Me Feel
Pandora's Box: Preserving Her Scraps of Childhood