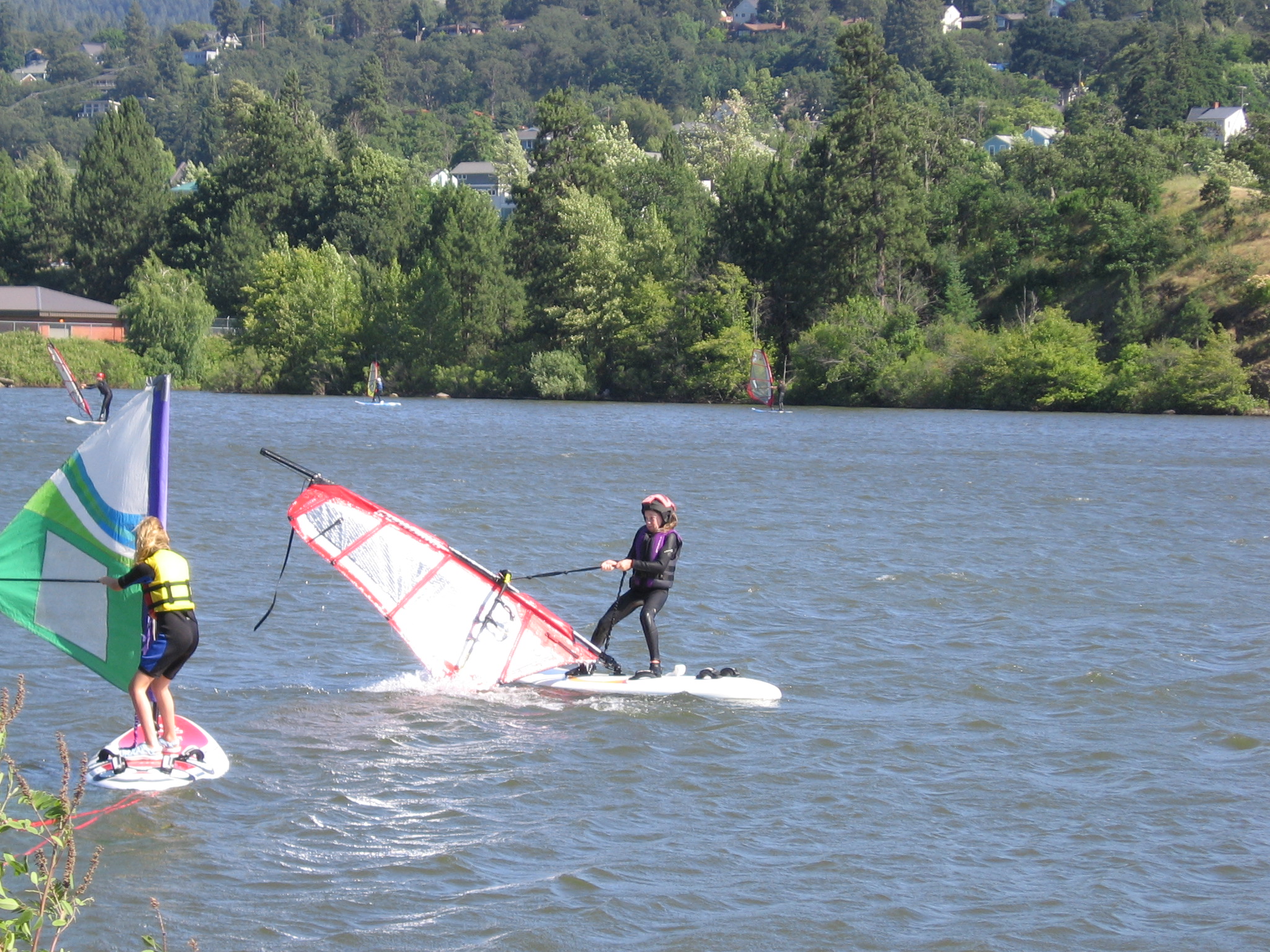 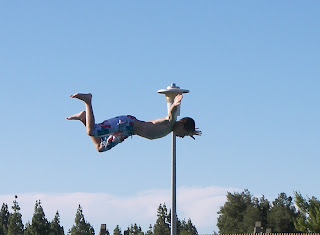 I have never dived off a high dive, scuba dived, sky dived or ski raced.  I don’t like heights, and can’t imagine anything worse than freefalling through space.  Aside from never having a career as an astronaut or stunt woman, it hasn’t really impacted me that much.  That is, until I saw my children taking WAY more chances than I ever have or anticipate doing in my lifetime.
My kids like to go fast and get to the top of things.  Since they were independently mobile they have consistently sought the highest point and the quickest route to get there.  My son has no fear.  I would say that it’s a boy-thing, but his sister is usually right in front of him in line for each adventure.  When Lily was very, very small she entertained the parents watching their young swimmers at Community Pool by decisively jumping off the high dive.  I think she was all of three or four years old, and she just jumped.  I nearly fell off the concrete steps, but she just popped right up and the crowd cheered.
My daughter started gymnastics at age 2 and continued for 12 more years, defying gravity and making me hold my breath at every competition.  She only stopped recently to focus on ski racing and proudly texted me in May when she was clocked going 60 mph on a radar gun.  On skis.
This week I watched her brother dutifully complete his swimming lessons each day at Community Pool, knowing that when the whistle blew he would be able to satisfy his yearning to fly.  Eagerly he scurried up the high dive ladder, trotted along the diving board and flung his body towards the lifeguard tower, only at the very last moment dipping his head down and diving into the deep end.  As if time was suspended, I flashed back to years earlier when his sister performed her own defiance of gravity, and held my breath until he surfaced.  Over and over again he jumped, soared and dove, each plunge pushing him further and further towards his goal of reaching the lifeguard tower, each leap delineating the courage that I will never have.
Watching my children dive into life, I have learned that I need to trust that they will be ok.  They might try different moves, from different altitudes, at different speeds, and sometimes they might even surface sputtering and out of breath.  But they keep pushing forward, determined to take it a little bit farther each time, and that makes me shine with pride.  What courage they have-courage that I’m still learning.  That, and how to not pass out from holding my breath until they come up for air.

6 Ways To Stop "Future-Tripping" And Be Present In Your Life
Does Your Child Have These 4 Skills Before Starting Middle School?
Please, Don't Go Outside