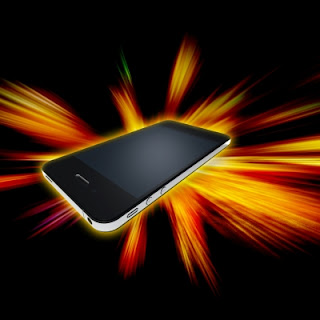 Sometimes I just feel old.  The world doesn’t seem to view me with the same lens I do as I look out into it.  The outside package doesn’t look too bad- not much grey, the wrinkles haven’t  yet developed into deep chasms, and I can still get around pretty fast in four-inch platforms.  I know the latest text lingo, can probably name the top 10 pop artists, and am pretty darn savvy with social media.  Occasionally, I can even still party like a rock star.
Last night was a different story.  Maybe it had something to do with the gardening I did all day, or overdoing it on the treadmill-no denying the body doesn’t respond the way it used to.  Perhaps it was the fact that I actually had to think about the supervision of my kids before I could head out on a Saturday night-that’s what grownups do, right?
Most likely, though, what it came down to was the Apple Store.
Firstly, going to the Apple Store involves driving to the mall.   That part doesn’t make me feel so old-there are many people much more advanced in age than I am strolling around malls.  Just not on a Saturday night.  At 8 p.m. there are only young people in the mall.  Most of the stroller crowd has headed home, and the parents with elementary school age kids have long headed towards the sanity of their own four walls.  On a Saturday night, there are a few ‘date night’ folks like me, and just a whole lot of young adults ‘hangin’out’.
I don’t spend a whole lot of time in malls –hardly ever – but when I do go, it’s for a purpose.  Like shopping for something specific.  I have no interest-I never have, really, for getting all dressed up to walk in circles watching other people watch me.  Seems like a waste of time.
So as we navigated past the posers strutting around with their hands on their crotches looking like they just walked off the set of their latest music video, I got edgy.  Walking into the Apple Store swarming with folks trying out the newest gadgets made me downright anxious.  I would have been fine with turning around and heading out, but we had a purpose: we enrolled in the ‘Advanced iPhone’ class, and it was ready to begin.  Just enrolling in the class means I’m old, right?
The cheerful instructor casually placed the black folding chairs in the center of the store, motioned us to plop down beside her and began her lesson.  Alongside us were three other women, obviously MUCH more senior than I was, all equally eager to learn how to operate their smart phones.
Am I really that ancient? 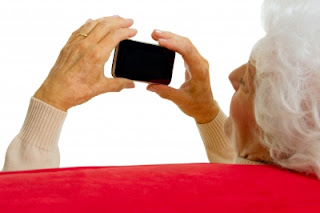 I have to hand it to our instructor-she didn’t blink an eye when asked about contacts, calendars and finding our phone number.  When she started getting into more complex parts, the questions began rolling right in, and still she didn’t roll her eyes or look at her students like the idiots we must have seemed like to her.
I could feel my hair turning grey and the wrinkles deepening as she spoke.  I realized I was surely old enough to be her mother, and wondered how that could have happened.  Then she started talking about her dad, and how he loves to face-time (is that a verb?) with her, sending photos of their dogs.  Is that what she thinks I do, too?  Ack!
When satisfied we knew all about face time, iCloud and Siri, we hustled out the door and found the nearest chairs.
“Wow, that was over my head.  Want to get some dinner?” my husband asked.
“Sure,” I replied.  “Let’s ask Siri where to go!”
“That’s too complicated,” he responded.  “Let’s just look at a map.”
Maybe they’re right.  Maybe we are that old.  Do you think Siri will know the answer to that question if I ask?
I bet there’s a few things I could teach her, too.
primark