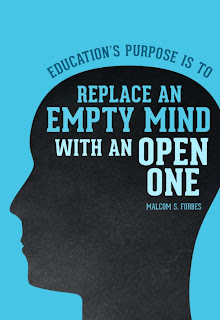 Last month I found an overwhelming amount of education issues to write about – many centering on the theme of change.  As budgets are passed, classrooms are shut down for the summer and teachers take a much deserved rest, people are talking about changes to come in the upcoming year.

I wonder how seriously people are thinking about education, instead of just reacting to what is put before them.  If we really think about how these changes are going to effect our children, maybe we can move forward and make progress.

From test scores to class sizes, athletic privledges to charter schools, bullying and the achievement gap, teacher rankings and critical thinking, I’m interested to hear what you think.  For the full text of each article, please click on the links below:

Hey, Mitt, let me tell you something: Class size matters! In my 8th and 9th grade English, AVID and yearbook classes in Davis, Calif., I’ve taught sections with 38 kids, and it makes a huge difference. This year, the district requires a minimum of 37 students, and it will go higher.
Don’t believe me? Here’s what I’ve learned:

Special “Bill of Rights” For Athletes


For student athletes at USC, UCLA, UC Berkeley and Stanford, Senate Bill 1525 may change their futures. The bill, scheduled for the Assembly on June 27, is nicknamed the “studentbill of rights” because it seeks to allow athletes to keep scholarships even if injured, to provide life skills, health insurance and financial workshops. It would also allow student athletes to transfer schools, keeping their scholarships with them. At this time, other schools would only be affected if their media revenue exceeds $10 million.

Public schools face a myriad of challenges today: decreased funding, larger class sizes, test preparation, and under-prepared students. Beginning in the early 2000s, public schoolsalso began to face a stripping of their student clientele, as parents and special interest groups got into the education business by creating charter schools.
With state exemptions, a charter school holds more financial and curricular freedom than traditional public schools. According to Huff Post Education, students are selected for admission to best fit the charter’s philosophy, and it turns out that the charters are leaving one group out: students with disabilities.

Practical Parenting Tips for the SAT

Parenting can often seem like a series of tests, some more critical than others. For college-bound teens and their parents, however, the SATs are some of the most challenging. If you’re a first time parent of a teenager, navigating the college admissions process can be a series of frustration. By following a few tips, you can help your child have a successful SAT experience.

The Texas Republican Party has released their 2012 platform, and it illustrates why so many of the state’s students are leaving high school uneducated. Their main target seems to be the state’s education system, which, if the document is put into effect, will authorize teachers to utilize corporal punishment, will deny undocumented immigrants to enter school, and will deny children mandatory pre-school and kindergarten. As if that wasn’t bad enough, the really amazing part is their assertion that schools no longer teach higher-level critical thinking skills.

I spend a good part of my life defending teenagers. Daily, I see the supreme good that they embody, despite their negative portrayal in movies, music and media. I sympathize with the angst of puberty, middle school, and the pressure of growing up. But after watching the YouTube video of bus monitor Karen Klein being harassed and bullied, I am disgusted.

Educational Philosophies and the Achievement Gap

Teachers in the United States know about competing philosophies in education. We call it the “swing of the pendulum” as one strategy, philosophy or system after another enters our school districts and purports to be the best way to reach kids and raise test scores. According to The Huffington Post, competing philosophies are not working to bridge the achievement gap for our country’s poorest students.

New York City Mayor Michael Bloomberg wants all fourth through eighth-grade parents to know about their child’s teacher — not just their name, educational background and classroom rules, but their test score ranks, too.

It's The Last Day of School - So Why Aren't My Students Leaving?
The Teachers are NOT All Right
Friday Photo: Digital Immigrant