Skip to content
We spent the morning turning the tables a bit – observing
the Indonesian teacher, Eva, teach the ‘Gift of the Magi’ lesson we had
demonstrated a few days before was a delight.
She specifically asked us how to teach narrative text, so our simple
lesson plans were easy for her to adopt.
Interestingly, she seemed to focus first on the boy’s side of the room
before turning to the girls.  We noticed
that her students seemed more talkative with her than they were with us; we
attributed that to a shyness and respect for the native speaker rather than a
lack of understanding.
Although she managed well, I couldn’t help but think that
the huge amount of respect paid to us as English teachers  made her nervous.  We felt as if they felt that they thought they
couldn’t teach us anything, but they were wrong.  Observing their understanding of English, the
misunderstanding of nuances of the text, and the dedication of students was
quite informative.  We marveled at the
similarities of our students in their answers, their joking manner and
eagerness to please. 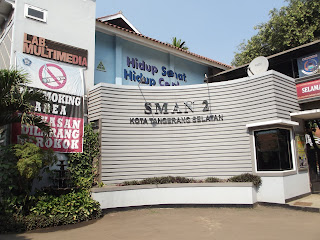 We were excited to travel to SMAN 2 Tangerang High School, a
government school of 1,100 students in 32 classrooms.  Surprisingly, we noticed few students in
Muslim dress, although the VP told us it was ‘mostly Muslim’, but also
Christian, Hindu and Buddhist.  Unlike
the US, student’s religions are not hidden. 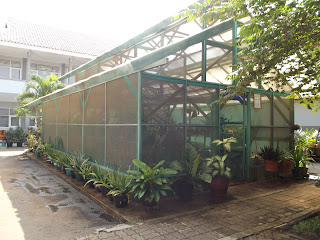 Students attend school from 7:00 am to 3:15 daily, except during Ramadan
when they are released at 12:45.  The
goal of this school is to become an international school, which would allow
students to study abroad.  They focus on
English, character building, and science.
Interestingly, they had a remedial program for struggling students; at MAN
Cendekia, students who fail are expelled. 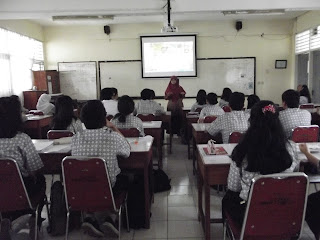 Observing
the 10th grade English teacher’s organized lesson plan was
refreshing; she used multimedia, including a clip of the History Channel, in
her lesson on structures of text.  We
noted 14 boys and 19 girls, with only five of them in Muslim veils.  Although they wore uniforms, their relaxed
appearance and lack of outward religious significance was a stark contrast to
what we are accustomed to in the Muslim boarding school. 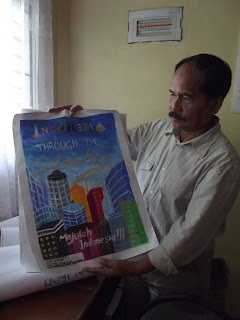 Overall, we were impressed with the more
modern education practices and structure of the school; we saw a greenhouse, a
fully equipped computer lab, and very creative and well produced student
art.  The highlight for me was the modern
health clinic, equipped with hospital beds, a dental chair, family life
educational materials, herbal remedies, and other curriculum to teach healthy
living.  It was the first apparent
evidence of health care that I have seen anywhere in Indonesia, and it was
promising that the school was not only able to teach it, but willing. 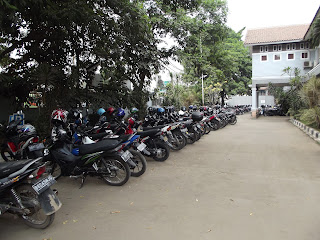 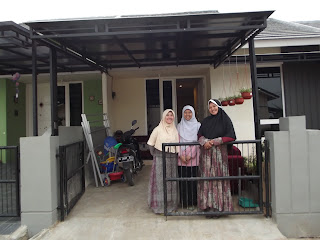 That evening we celebrated the end of the fasting day at another
English teacher’s house.  She lived with
her husband and young son in what we considered to be a ‘westernized’ type of
housing development.  She prepared a
large offering for us, beginning with sweets and ending with savory foods.  The most interesting item she served was
fried chicken claws, a delicacy that our host teacher enjoyed but I wasn’t
brave enough to try. 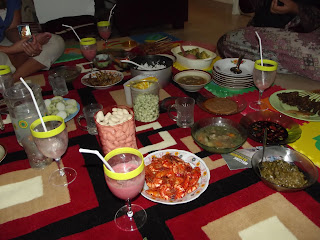 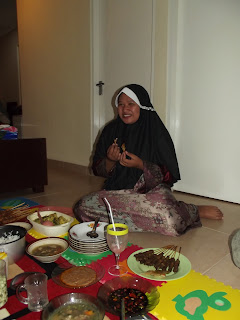 Today I felt hopeful for Indonesian education.  In such a religion dominated culture that effects all aspects of daily life, I appreciated the balance both the high school and our dinner host could find between retaining the traditional customs and culture while infusing in more modern aspects and conveniences.  I’m beginning to be curious about this push and pull that I see; it is apparent to me that the younger generation, including students and teachers, are much more interested and excited about trying to find a way of life that honors their religious and ethnic beliefs while allowing for technology, convenience and forward thinking in their lives.