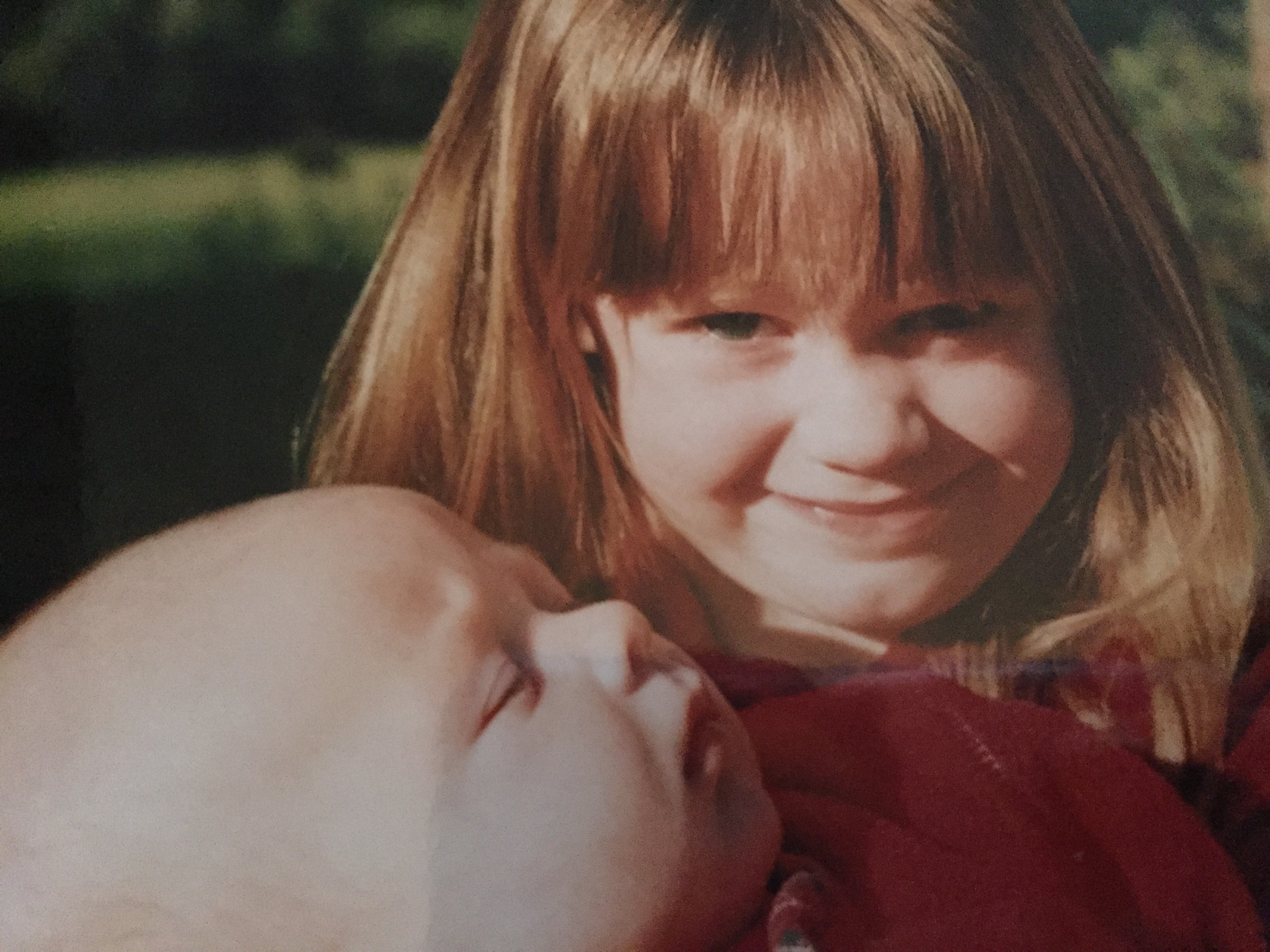 For all the little girls who are watching this election,

My 20 year-old daughter voted in her first election this year. She’s practicing ‘adulting’ – she learned how to register, how to complete her ballot and vote early.

She grew up in house with vocal, political parents but in her own quiet way, she listened and absorbed the importance of using her voice.

My son is just shy of voting age. When he was little I remember him arguing with adults against George Bush. He used to hum the NPR song, and like so many children, developed views that similarly aligned to his parents’.

Last night my daughter began texting me about the returns. Although she knew her state would go red, she was scared. I tried to be optimistic, but my own fears were beginning to cascade and eventually, I dozed off. I couldn’t take it anymore.

I slept fitfully, wondering if when I woke there would be some chance that the election would have gone our way. I wished for an intervention, for a collective ‘coming to our senses’ that never happened.

Her early morning text woke me up.

I wasn’t sure what to say, or how to convince her that everything would be OK. I scrambled my thoughts together and reminded her of all the kind people in the world. To surround herself with friends, and to work harder to help those up that others want to take down. I told her to watch Hillary’s concession speech; I thought it might help. I hoped. I reminded her that not everyone voting for him voted for his racist and sexist and bigoted policies, but that they voted for what he thought he represented, despite how he has shown us who he is.

My 17 year-old son stumbled into the room, hair tousled from sleep. He told me that last night, just as he was going to bed, he heard commotion from the nearby college campus. He heard changing: “F-D-T” and Snapchatted a college friend who confirmed the protest march happening. He said he had wanted to go, but didn’t. And as grateful as I was that he hadn’t left the house at midnight, secretly I would have understood.

I told him that as a white male he has privilege, not necessarily deserved privilege, and if there was any time to protest, it was now. I reminded him that he must work harder now to show kindness and compassion and prove that he isn’t aligned with the bigot America elected.

I’ve always been a listener, a people watcher. I grew up in the same idyllic California town where I now raise my own children. I wasn’t raised by especially political parents, and for most of my childhood I was reluctant to use my voice. I was shy and quiet and would much rather watch than participate.

It was the 1984 elections that woke me up – the moment when I realized what Reaganism really was and that I had to make some adult decisions about who I was and what I believed in. And my opinions lost, by a landslide.

I realized that adulting was hard, and that people didn’t always agree with me – even in my own family.

But I kept on voting, and talking, and standing up for what I believe in. I knew my children were watching.

So today, I’ve been letting the election news sit with me. I’ve been thinking about how to put my thoughts down in a way that might do justice to the overwhelming sense of sadness and fear I have. I’ve been scanning Facebook and online news and trying to think about what meaning I can make of all this.

And I’ve realized that so much of my sadness comes from the loss of a dream – a dream that my children would grow up always seeing our values validated in our country. That despite working and raising children for two decades, I could launch them into adulthood with confidence that the world would be somehow different – that my children wouldn’t feel the same sting of sexism I’ve felt, or live in a world where one of them would be paid more than the other. I’m grieving the lost ideals I had that not only would they grow up in a country that operated on shared beliefs of equity and fairness and Supreme Court decisions that could impact them and their generation. I’m sad that this election won’t show my children that the world they will be adulting in isn’t moving forward, but that half of America is merely showing them who they really are – and that they should believe them.

Watching Hillary’s concession speech did help us. As expected, she showed us who she really is – and that’s when my tears began to fall. But they weren’t tears for her, of for me, or for my mother or grandmother. When Hillary began to close her speech I cried tears for my children – for all children – who are learning to be an adult the hard way and I cried for “…all of the little girls who are watching this, (to) never doubt that you are valuable and powerful and deserving of every chance and opportunity in the world to pursue and achieve your own dreams.”

We didn’t get to watch the glass ceiling being broken. We didn’t see our family values upheld, nor did we see a tough mama elected – and we didn’t see that love trumps hate –  not yet.