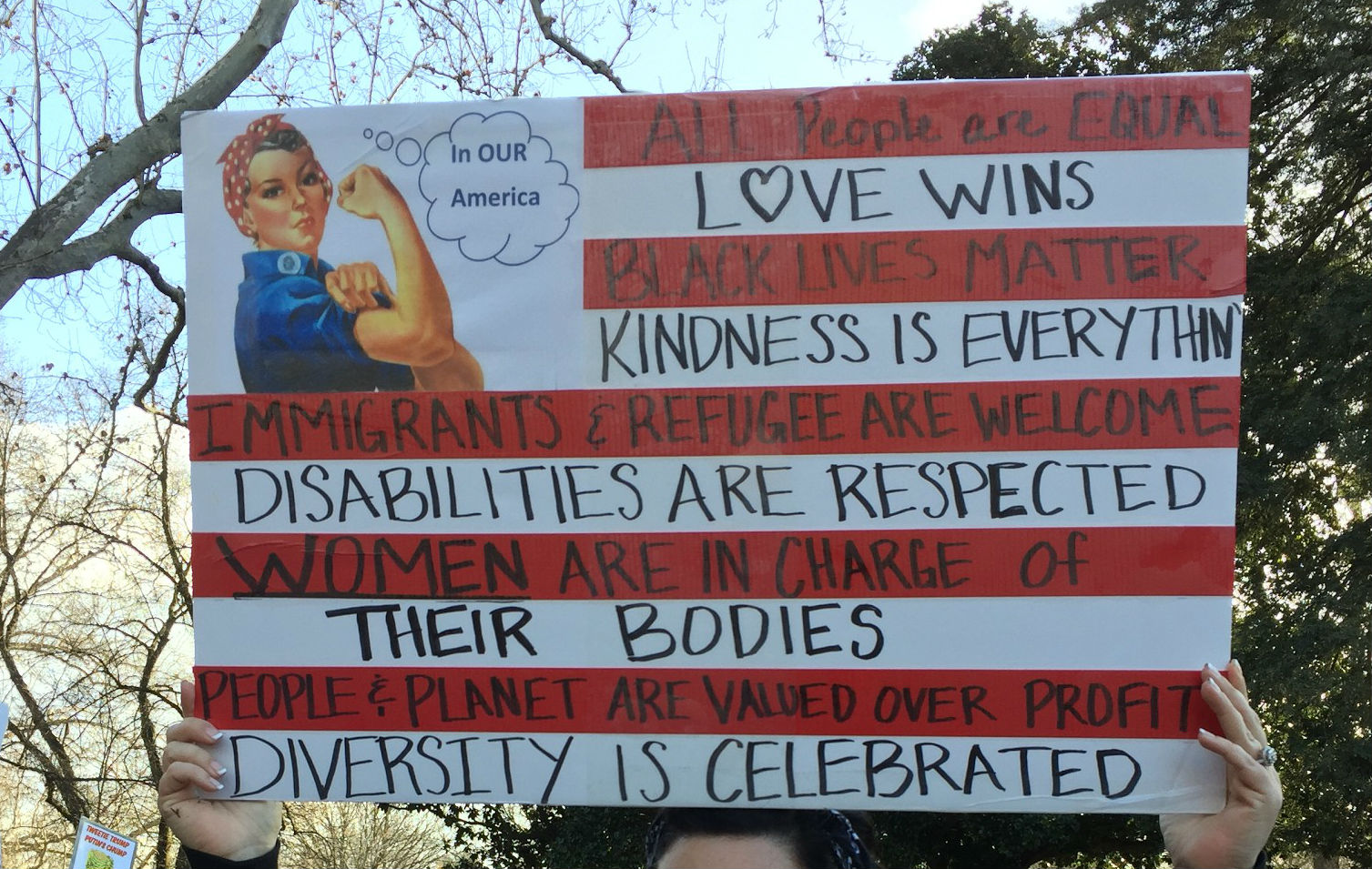 On January 21, 2017, I joined over 20,000-plus other like-minded souls at the California State Capitol for the Women’s March On Sacramento. I wasn’t prepared for the enormity of the event; I had no idea that when I left, I would feel so energized, so heard, or so replete with joy.  This is what democracy looks like.

When we set out on foot, first to cross the swollen Sacramento River, I wondered if there would be anyone else who showed up. It was early, and quiet. We meandered towards Southside Park, and I had my answer. 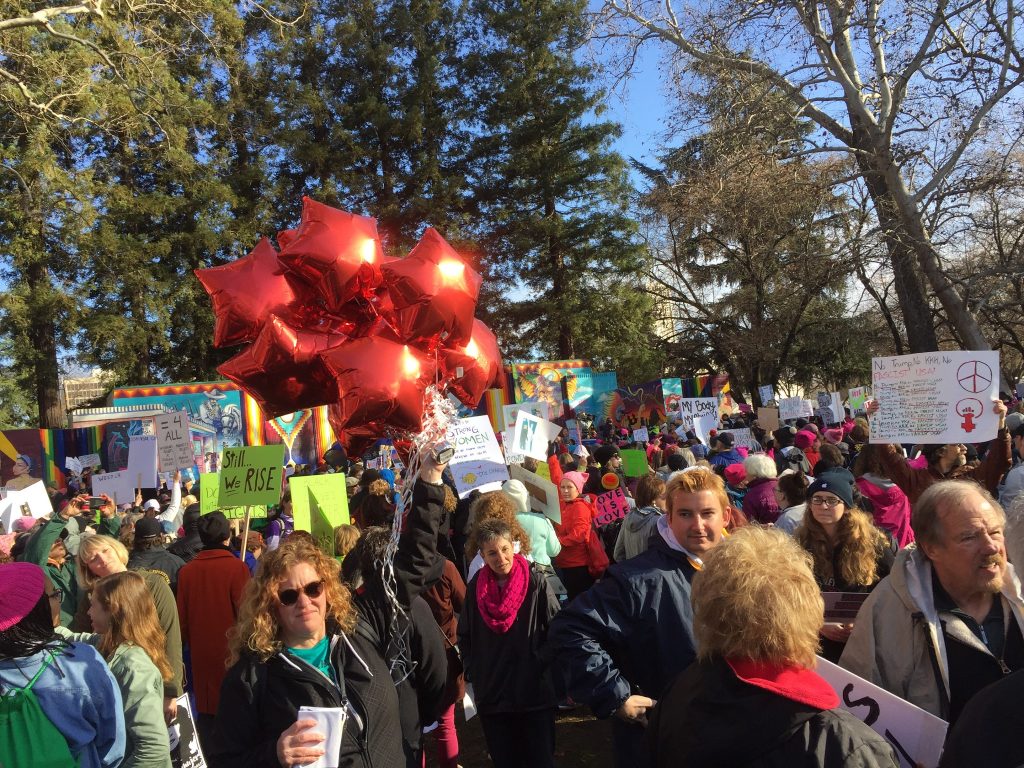 To be honest, it was a bit overwhelming at first. There were so many signs, costumes, and smiles. there were men and women, children and elderly, mobile and non-mobile. Queer, straight, white, black, brown, all kindred spirits fearlessly flying their frustration with the new administration. 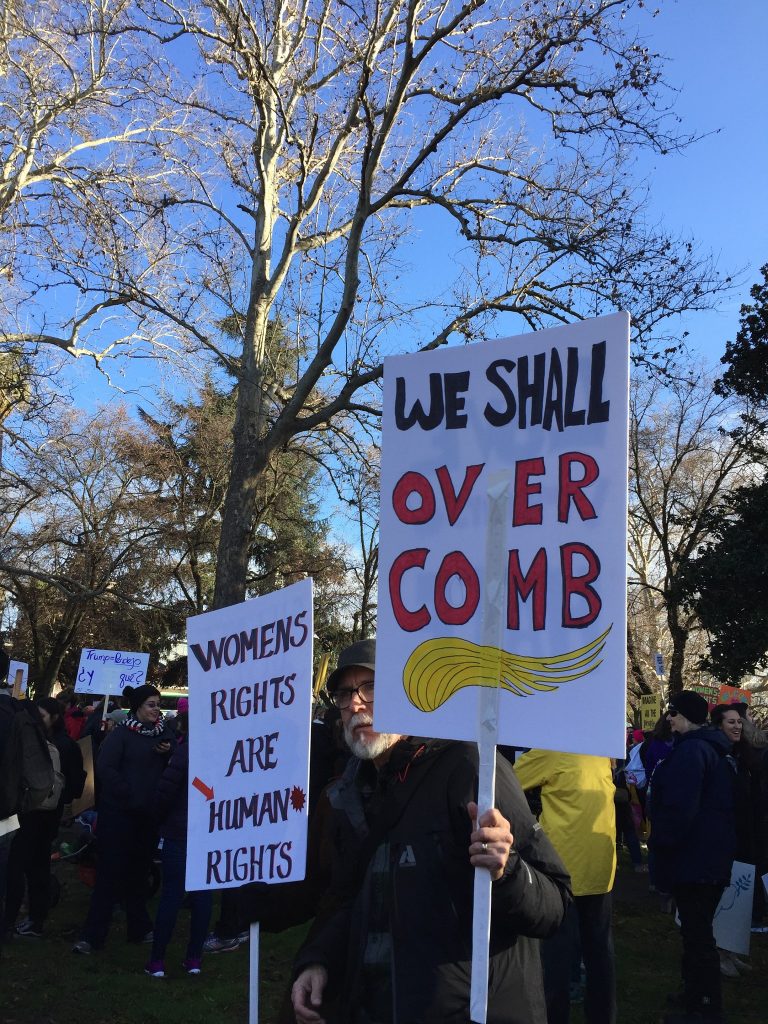 I had to walk around to take it all in. The crowd never ended.

Some people were clearly first time activists; others, I could tell, had been here before. And the children, their gently hand lettered signs of hope tinged with fear, stole my heart.

As we marched lines of folks gathered on the sides to cheer us on. They reached out of second story windows and snapped photos from balconies. 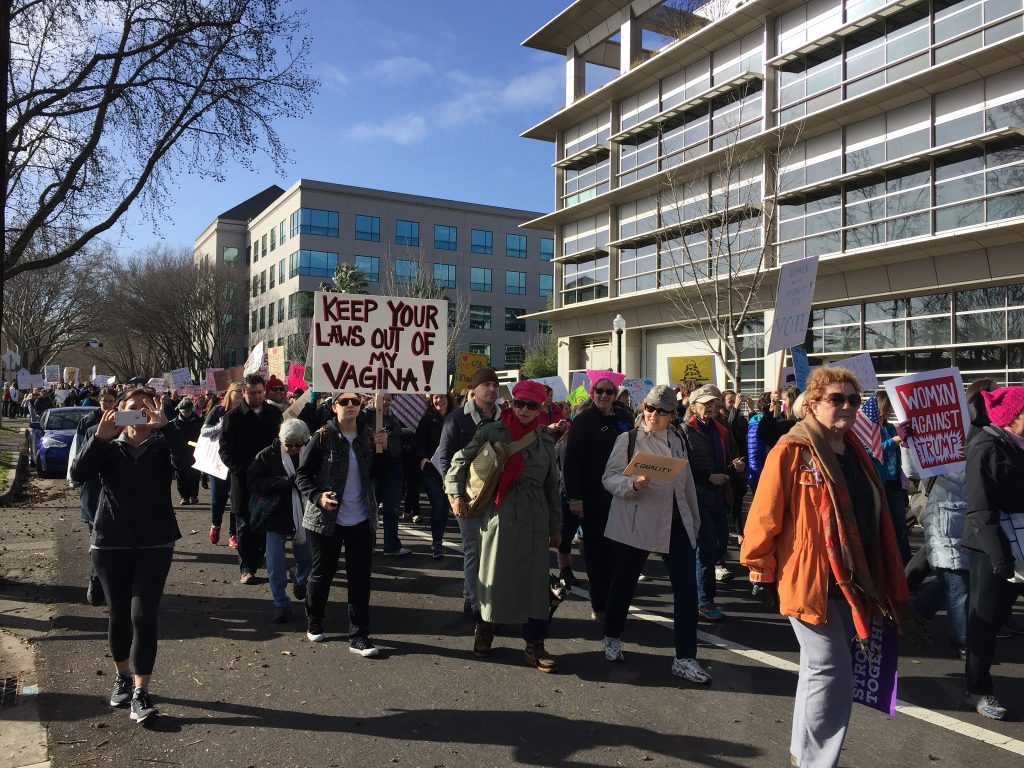 We chanted. We helped each other. We united.

I’m positive the event coordinators were overwhelmed with the numbers, announcing that they couldn’t start the program because there were some who hadn’t yet left the starting point, miles away. 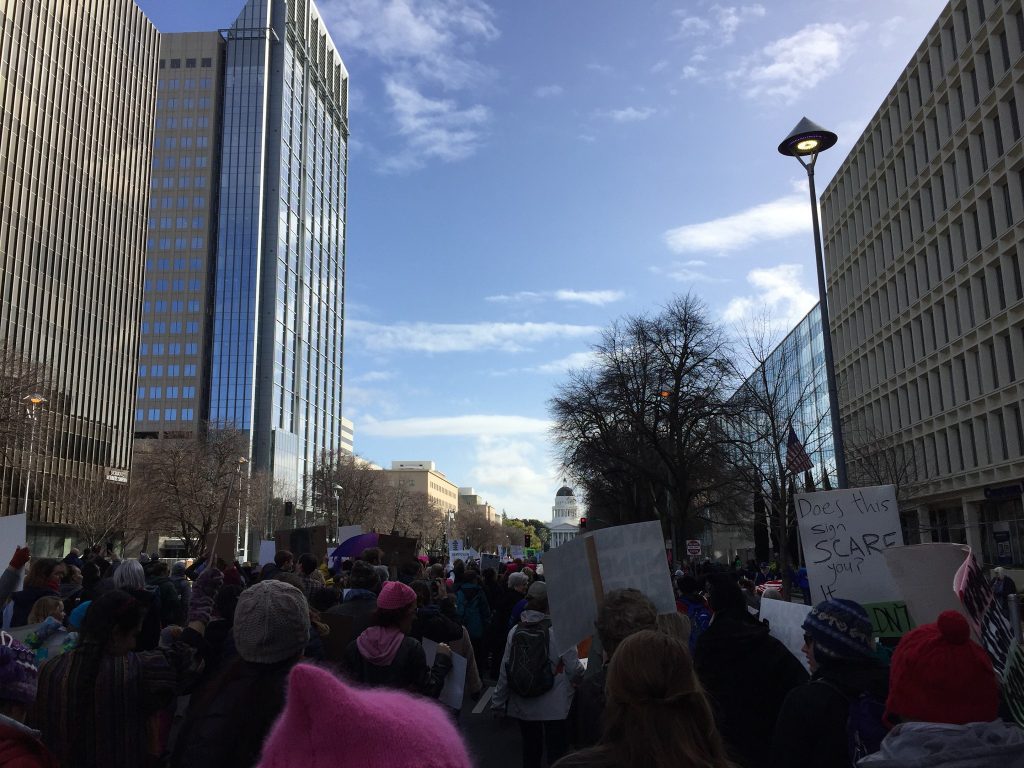 But when the mayor took the stage, and politicians from school boards to city councils, from Congress to State Controller, we listened. We heard the calls for getting ‘fired up’ and ‘fighting back’ against the Capitol’s west facade, flags flying at half mast. 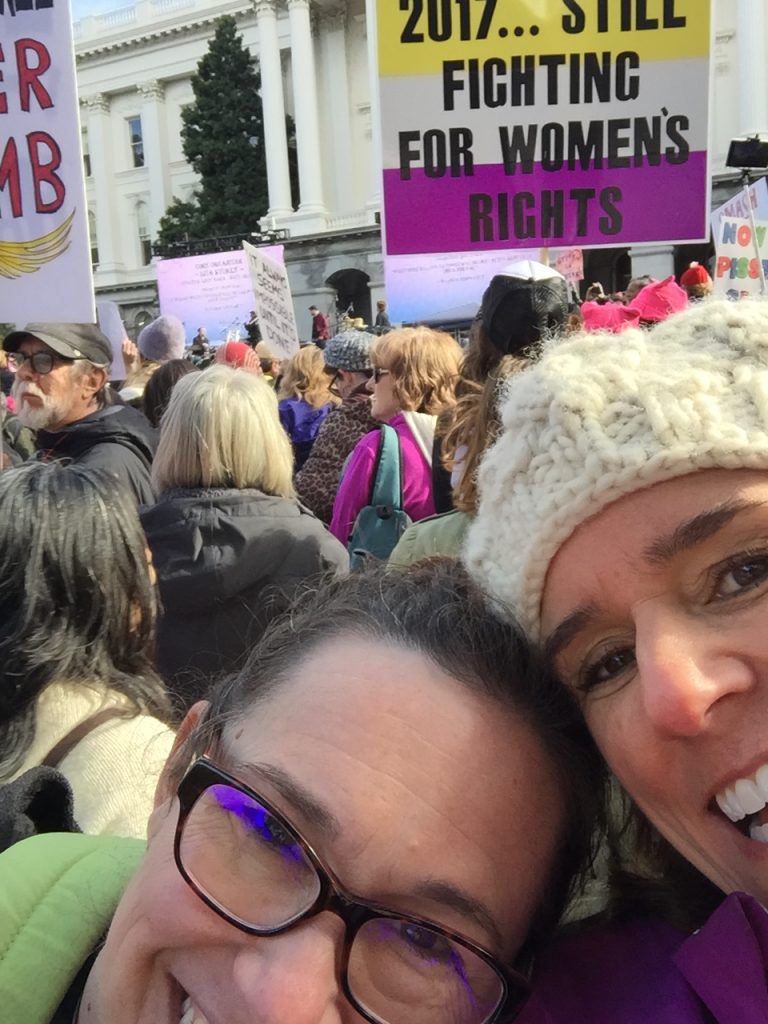 The rain held off while we heard about women being ‘Raped On The Nightshift’  – female janitorial staff who used their courage and voice to legislate change.

We chanted for human rights, for women’s rights – for grabbing back. 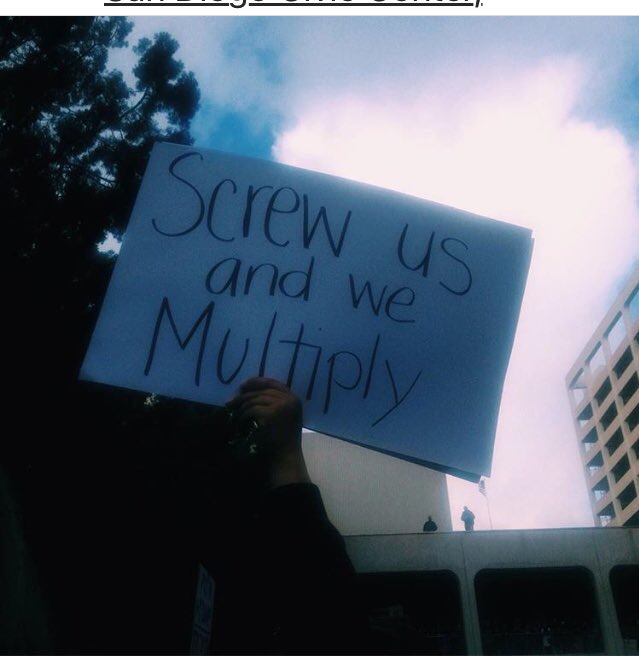 And we felt the power of the 2.5+ million women, men, and children worldwide who were chanting with us; I knew my sisters and friends and my community was with me.  It was like one huge book club discussing our thoughts on a recent novel we’ve read, looking for common threads and weaving in our personal stories.

We vowed to ‘stay loud’ and to fight back, to speak up and defend the rights women have worked so hard to earn.

I stood behind a 95 year-old-woman, wheelchair bound, who wiggled with excitement and energy right along with me as her daughter wiped away tears. I pushed my former students in front of me, young women curious about their future, and felt their eyes on me as my fist rose in the air time after time. 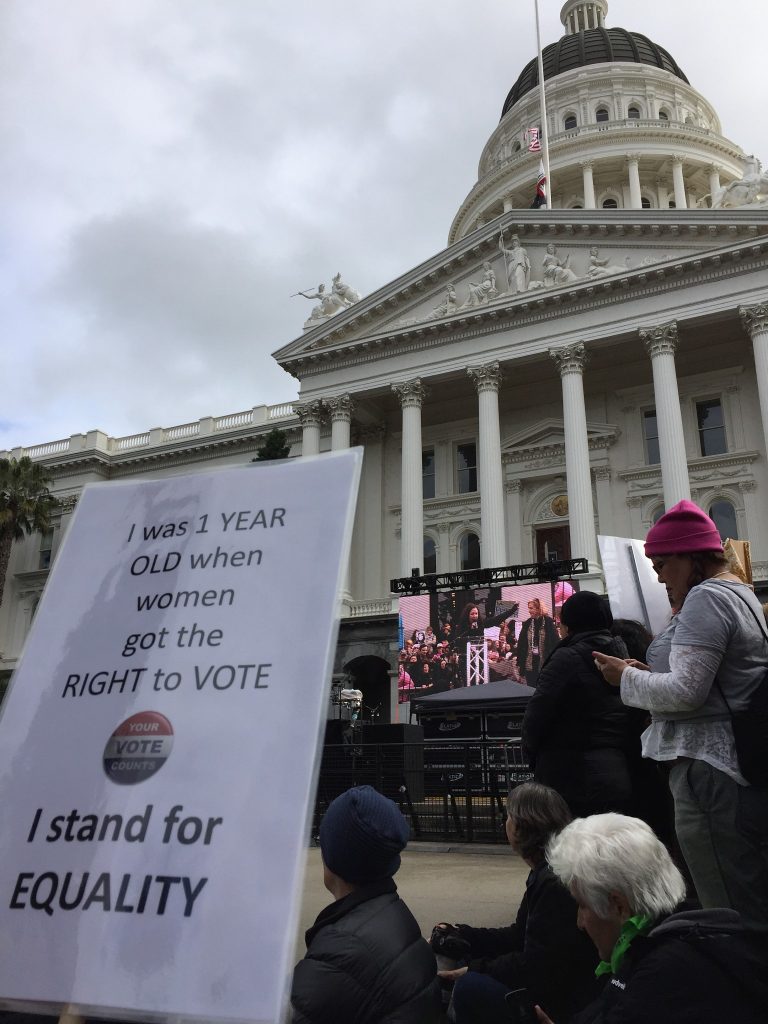 I stood alongside a Vietnam vet pushing his wife’s wheelchair and watched his eyes, eyes that have seen more horror that I hope I ever know.

I heard the rage of a queer woman of color, recently elected mayor, who fears for her daughter’s future.

I felt my grandmother’s spirit pulsing through my chest, a woman who spoke four languages yet never went to college – an immigrant who left a secure life in South America to follow her heart to the United States, and a woman who taught me to say what I think and have compassion for all.

And I wept silent tears as I realized that this moment was just the beginning; that I am tasked to push back for my daughter, for my son, for my mother and grandmothers and all those phenomenal women that have come before me and paved my way to this moment – to this opportunity to show my love for my country. 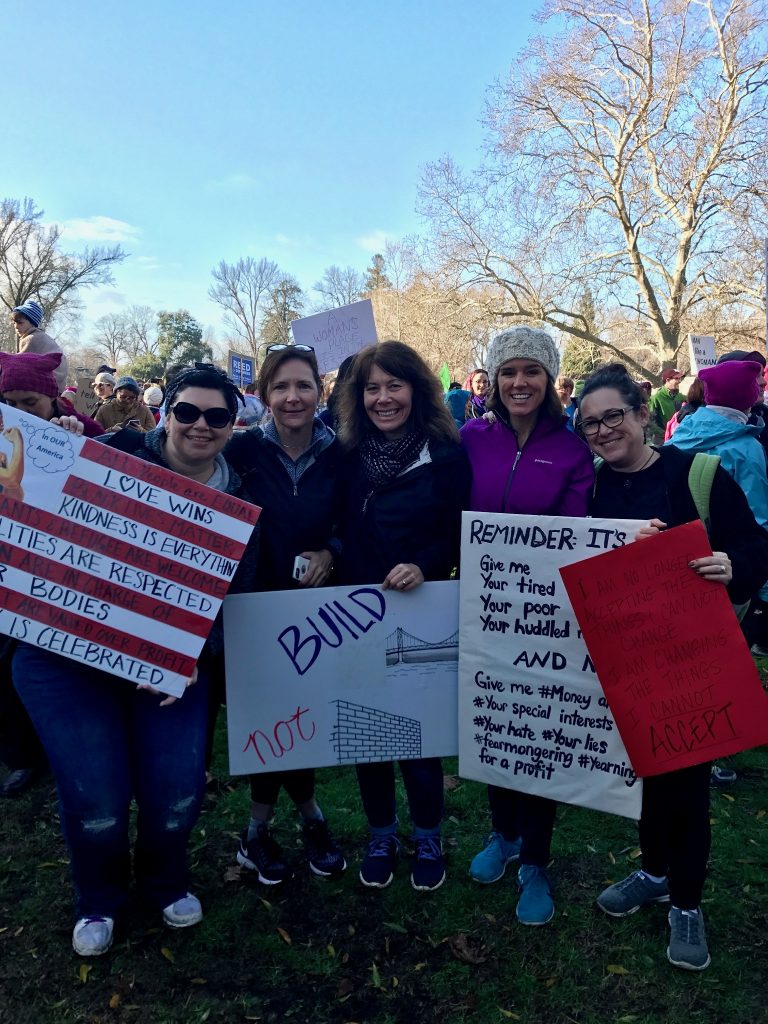 And I vowed to use my words, my platform, my writing, my teaching and my parenting not to make war with those that differ but to hold them accountable for THEIR words, THEIR actions. To remind them, over and over, that it is love, not hate, that makes America great. To ensure that this movement – this march, this gathering of humans who are looking to put their voice to the voiceless, to extend kindness to those who are hurting, and to show my children that I will walk the talk for what I believe in. 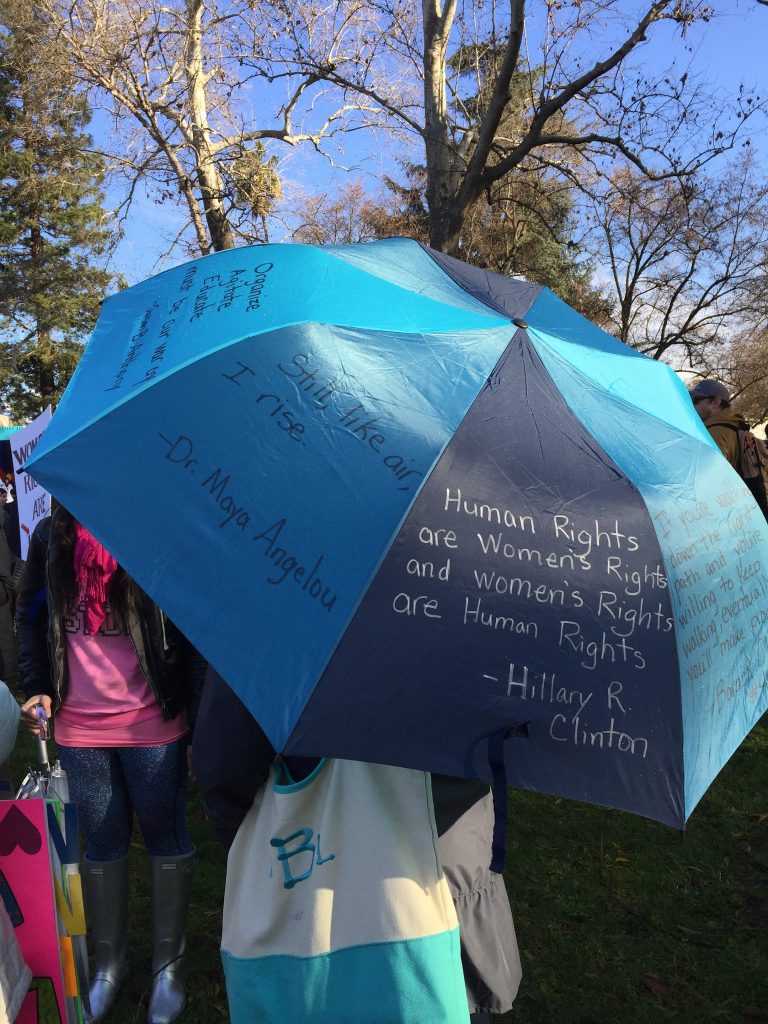 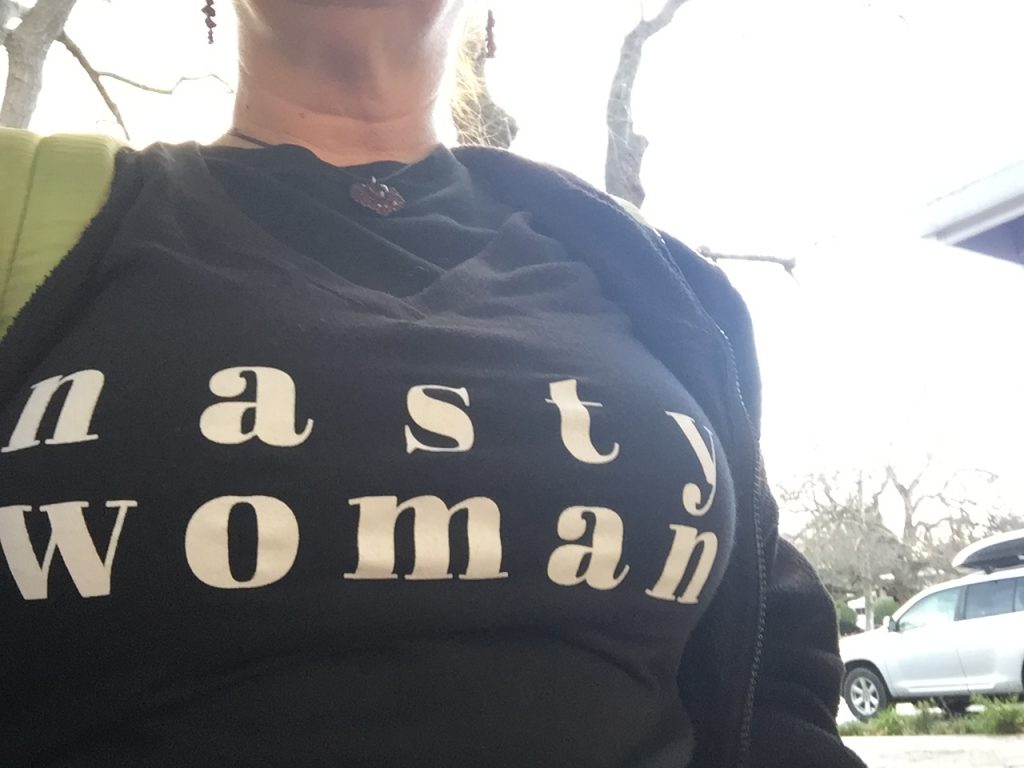