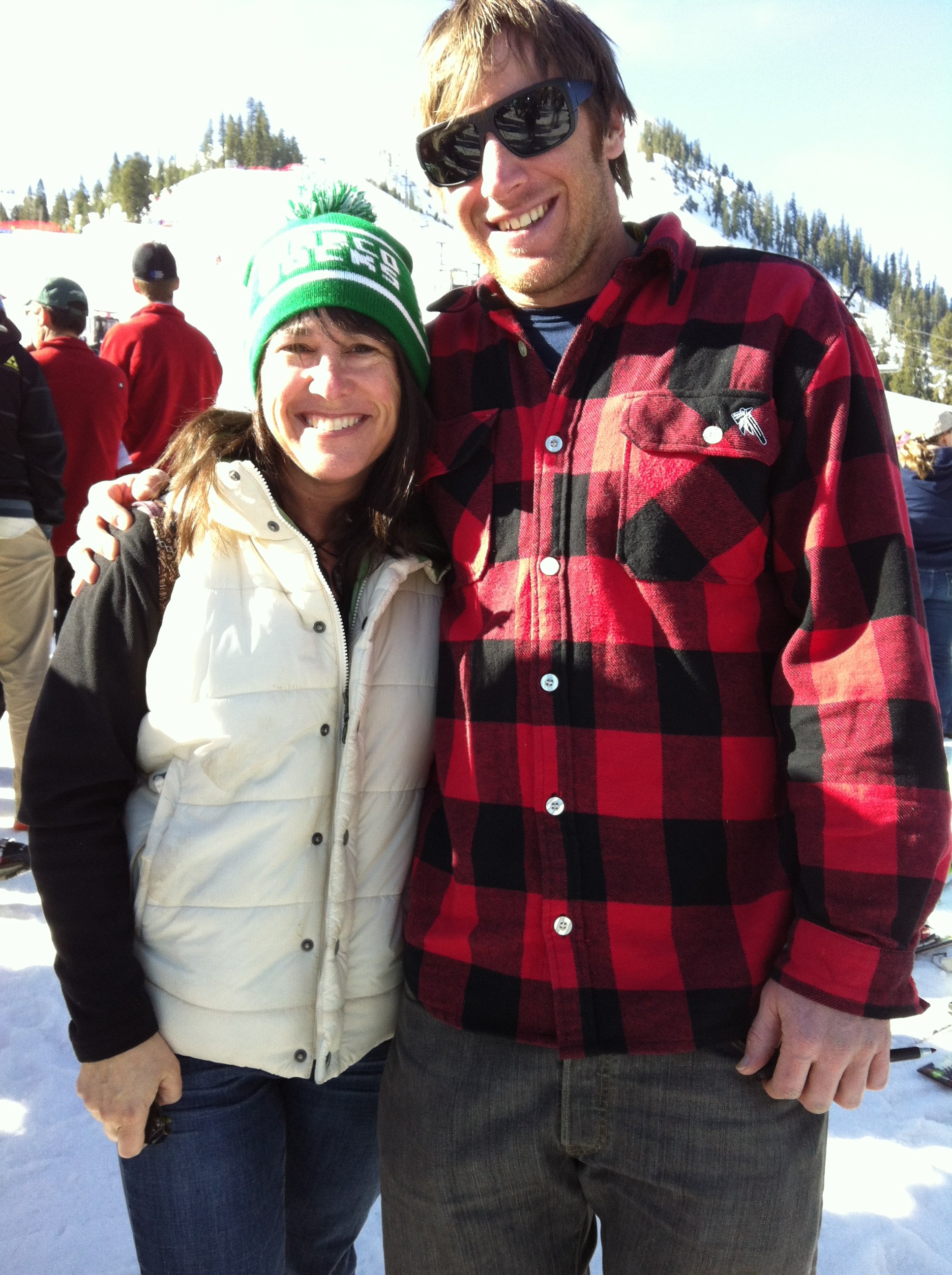 I spend a lot of time with ski racers. Growing up, I loved to ski for fun, but when I fell in love and married a ski racer, I had no idea what was in store for me.

It wasn’t so bad in college-he raced, and I did my thing. It didn’t much effect my life.

And then we had kids. And he taught them how to ski.

And, believe it or not, they loved it. Especially when they could ski fast and straight down the hill. Starting them on race teams was a no-brainer.

Over the years I’ve gotten used to being a race parent-the early mornings, the gear, the soggy socks, the constant supply of peanut butter and jelly sandwiches and hand warmers for jacket pockets, and the equipment. The older they get, the more skis they seem to need. It’s kind of out of control.

But one thing I didn’t expect was how amazing the people would be. Ski racers are tough-and so are their parents. They don’t coplain, they work hard, and they are seriously goal driven.

And they know how to win, and how to lose.

I’ve also been amazed at how the pro racers really give back to their communities, or the sport in general. Each year my kids have had the chance to meet U.S. Ski team and Olympic ski racers, and they couldn’t be more kind, friendly and down to earth.

One of my favorites (besides Mikaela Shiffrin, who I wrote about earlier this week) is Marco Sullivan. Every year Marco comes back to his home mountain, Squaw Valley, to hang out and support racing programs. He started out just the same way my kids have-training in Tahoe, working hard, and loving the sport. He worked his way onto the U.S. Ski Team, where he’s been for the last 13 years. He competed in the Olympics in 2002 and 2010. He’s a speed skier, which means he likes to go fast and straight down the hill.

Actually, I think the main reason I think Marco rocks is that he’s just such a nice, friendly guy. When the crowds were swarming Mikaela Shiffin, Marco was hanging at the finish line watching his girlfriend, Anna Goodman, who ended up winning the race. Like Mikaela, he took the time to talk to my son and me, and made me happy to think that my son looks to him as a role model.

To support Marco as he works towards his third Olympics, you can become an official Marco Sullivan fan (like me) and get his cute “Marco Rocks” hat by clicking here.

After all, who wouldn’t want to see a nice guy keep working towards his dream?