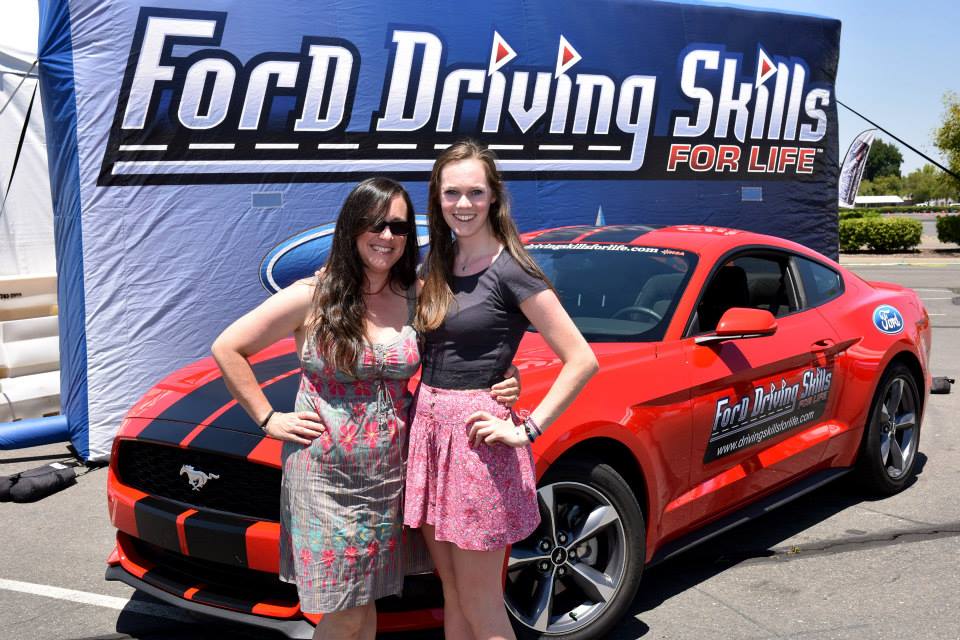 How many of us parents lead by example? I mean, completely. Honestly. All the time?

Think back to when your kids were toddlers. Everything we did we wanted them to mimic – the words we said, the foods we ate, and the funny ways they saw us dance or jump of sing along to Dora the Explorer songs.

When our kids watched us read picture books aloud, we burst out with glee when their chubby fingers pointed to an image and sounded out the word. When my three year old sang along to Bob The Builder with me, I knew something good was happening.

We were bonding, developing trust and confidence that our children would follow our lead, and that they knew we would always, always do what’s best.

So now they’re teenagers. They’re getting driver’s permits, moving from the relative safety of bikes and skateboards to operating thousands of pounds of machinery – machines that can kill with a slip of attention, with a lapse in decision making or a caving in to peer pressure.

And don’t think for a minute they’re not watching you – closely.

It starts somewhere in their early teen years when they start noticing how fast you turn the wheel, or when they call out your speed and remind you you’re going too fast. They know when you really didn’t completely stop at the stop sign, and they hear you curse the driver in front of you.

And they watch you when you’ve had that glass of wine and slip behind the wheel, sure that you’re ‘ok to drive’. They see you pick up your cell phone for a quick call or text.

And guess what happens next? They do exactly like you do – because you’ve trained them that way.

We need to lead by example.

Watching my tiny 15-year-old daughter command her first car was terrifying. In that moment, I felt a complete loss of control, an inability to protect her. She was cautious, careful and probably more terrified than I. Intellectually, I knew this was a completely normal rite of passage, and that with practice, she would be a terrific driver. I was acutely conscious of every sharp intake of breath, every time I gripped the arm rest in panic, and I found myself mimicking her as she merged into freeway traffic or turned right near a bike lane.

Four years later she’s a competent driver. Heck, she even passed her CDL test and drives a school bus full of kids for her summer job! And now that she’s living in the mountains and commuting from her college up to the ski hill, I have new worries and a budding sense of fear that somehow my careful, cautious 15-year-old has become too confident. Complacent. Just full of enough experience to get a bit too comfortable – and that’s when the problems start.

I want to lead by example. 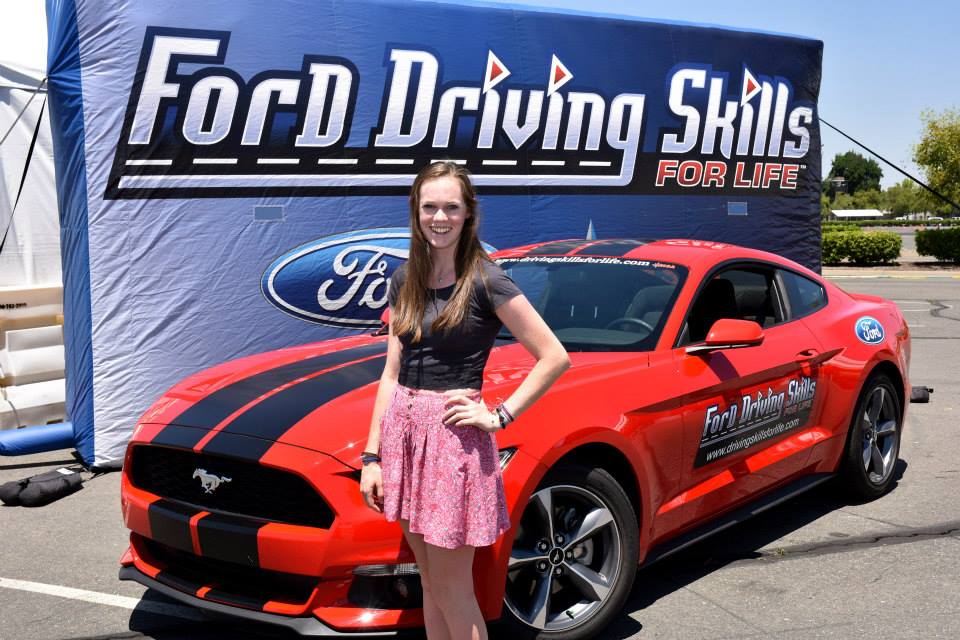 So yesterday we spent the afternoon at Ford Motor Company’s “Driving Skills For Life” event, practicing making mistakes and learning how to correct them. This international program is not teaching the kids HOW to drive, but teaching them what to do WHEN they’re driving. It focuses on two main driving skills – over steering and target fixation – while offering real examples of the dangers of impaired and distracted driving. And it’s FREE. 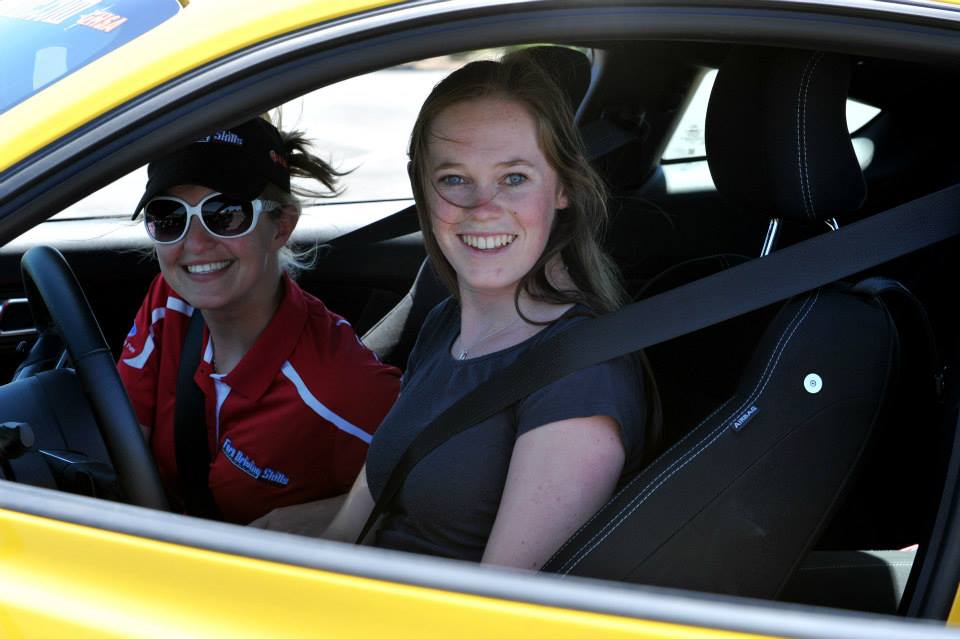 Our first session found her behind the wheel of a 2015 Mustang, a professional race car driver/instructor by her side, as she learned what a car feels like when over steering sends it into a spin. I’ll admit – it was awesome seeing my girl behind the wheel, taking control of the car:

Next, she went to the hazard recognition/accident avoidance simulation, where she measured her ability to react to obstacles and changes in the road. I’d say she nailed it:

She also practiced her response time on a simulation machine – including the difference while texting on her cell phone.

The third rotation was on speed and space management. It was eye-opening to watch how she reacted to distractions in the road – and from the back seat drivers asking for more a/c, a different radio station, and to ‘watch out!’ for hazards. The instructor insisted the drive while holding and using her cell phone so she could feel the difference in her ability to handle the car. I had flashbacks to crying children in the back seat…same distraction that in an instant can impair our ability to stop and avoid hazards. 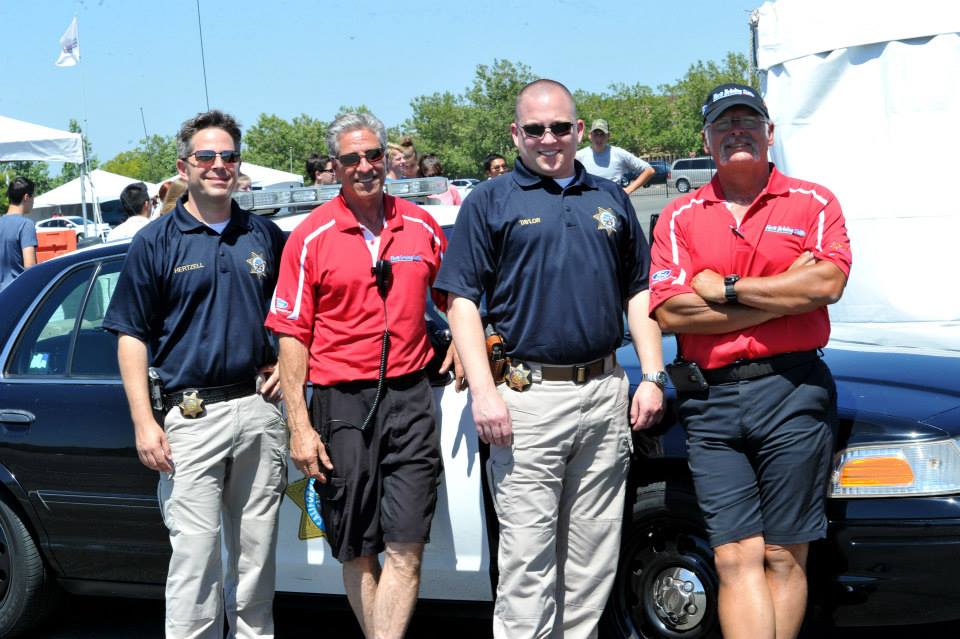 Finally, we wound up at the impaired and distracted driving simulation. Driving a new Ford Escape with a CHP officer in the passenger seat, she wore two types of goggles – first ones that simulated driving at an intoxication level of .07-1.0, and then another set that mimicked driving at 2.0 or above. All I can say is WOW-did it make me feel carsick riding in the back seat!  I also learned that anyone can be arrested for being under the influence of ANY substance that impairs their ability to drive – including cold medicines, cough syrup, and caffeine!

Before we left, we spent at least an hour chatting with the road officers about the intricacies of DUI and impaired driving. We watched a simulated DUI test, and learned that studies have shown that a person arrested for DUI has driven under the influence 350 times prior to their arrest. Frightening statistics, isn’t it?

I don’t want my children to be a statistic. When I asked the officers why they were involved with the Driving Skills For Life program, one responded quite matter-of-factly: “I got tired of scraping up teenage body parts off the road”.

If that doesn’t make you want to lead by example, I don’t know what would.

Parents, do right by your children. Follow the road rules. Don’t drink and drive. Put down your phone, pay attention and be present.

And make tracks to the Ford Driving Skills For Life event in your area. Visit their website and Facebook page and find out how you can take advantage of this free program.

Lead by example. Keep your kid from being another statistic.

Mothers, Rejoice in the Moment
A Year of Accidental Life Lessons
Injustice All Around Us: Seeds of Learning in Nicaragua